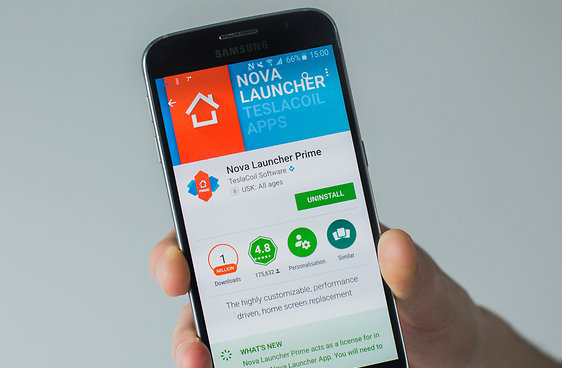 Unlike IOS devices, we can change look and feel of Android devices with just one app. Over the years, Launcher apps are been an integral part of the Android experience. Android Launchers can incredibly impact your device looks. From changing looks by adding color and icon packs, to adding functionalities like smart folders and gestures, AndroidLaunchers have an amazing array of features to play with. So, it’s very important to choose best launchers for your Android.

There are hundreds of amazing Launcher apps emerging into play store every day, so it is definitely a difficult task to pick the best one. That’s why we’ve ended listing 10 best Launcher apps for Android that enhance looks and performance. Every app in this list has its own specialty and suits to different kind of people. All the below-listed apps are free Android launchers.

When it comes to best Android launchers, no doubt, Nova Launcher has always been on the list. Nova Launcher is one of the oldest launchers available. Nova has all the latest and greatest features available in it to customize your Android experience. The functionalities it provides are very fluid, effective and buttery smooth.

The plethora of options available makes your Android look stunningly amazing.  There is a dock feature available which you can place on the home screen. There are a large number of widgets available. Screen gestures are one hell of a feature in this Launcher, you can trigger different actions for different gestures. 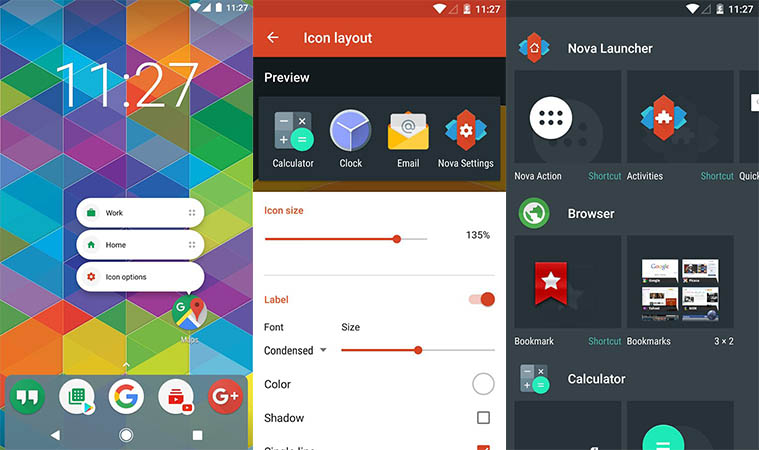 Nova supports a large number of third-party icon packs. You can also replace the icon and rename it. Nova also supports the latest Android Oreo feature: Notification badges. However, Notification badges are only available in the Prime version which costs a fair amount of your earnings.

Prime version is packed with many other, still unique features. There is an option to backup your setup to cloud storage and use on another device. A hidden Labs menu is present which if enabled can do some interesting stuff. 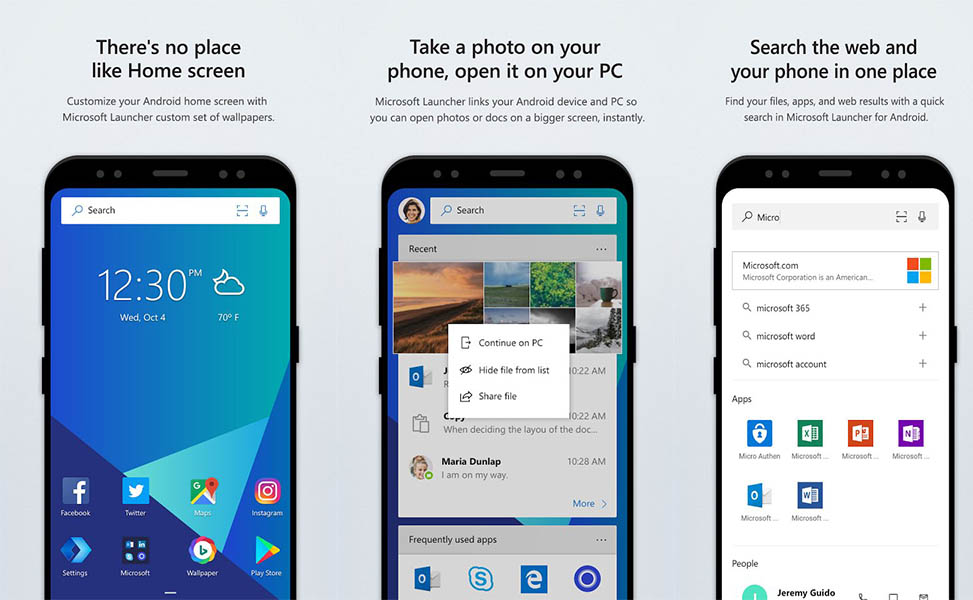 It packs almost all features that Nova Launcher does. Gesture controls, icon customizations are present. Wallpaper will be changed everytime you press Bing Wallpaper icon which is placed right on the home screen. It also has its own version of control center which can be accessed by swiping up from the bottom of the screen.

Buzz Launcher is one of the best launchers for customization. It has taken customization to another level with its unique and creative customization features. You can select a home screen setup from thousands of setups which were uploaded by the users. 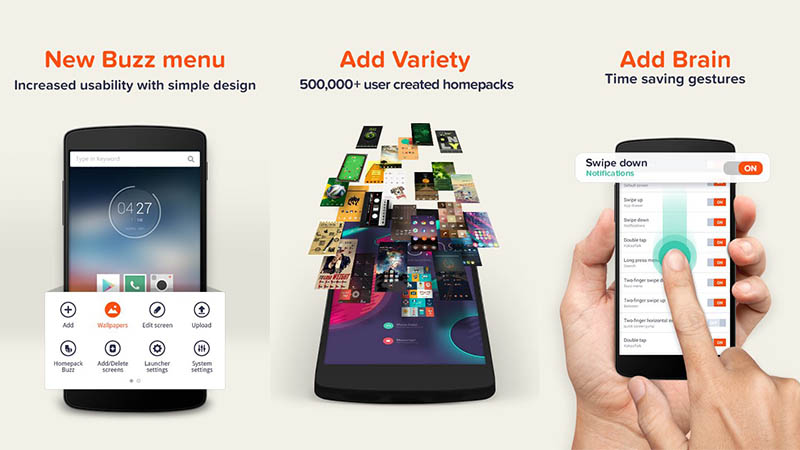 Buzz Launcher also has a unique feature called screen effects which is similar to live wallpapers but has a unique way of adding liveliness to wallpapers. The plethora of options available in this launcher is definitely worth trying.

Computer launcher is the one launcher that really grabbed my attention. This launcher makes any Android device look exactly like the desktop. It even imitates the file explorer in the Windows operating system. The controls are very similar to your desktop controls and offer a similar experience to the users. If you wanted to make your Android look different and unique than this launcher is for you. 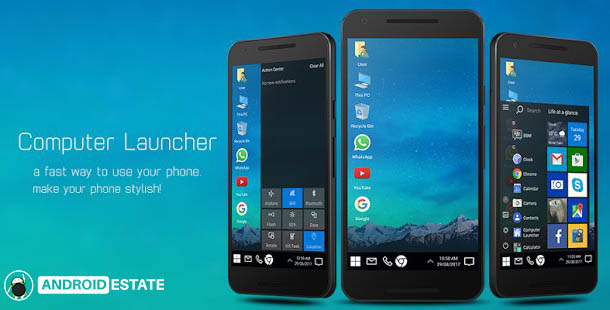 Evie Launcher is a lightweight and fastest  Android launcher available in the Play store. It also has a pixel style app drawer. It also supports icon packs and icon customizations. Its main aim is to provide the fastest Android experience with basic animations and functionalities. It even has unread badges, widget customization and more. It is free of cost with no in-app purchases. 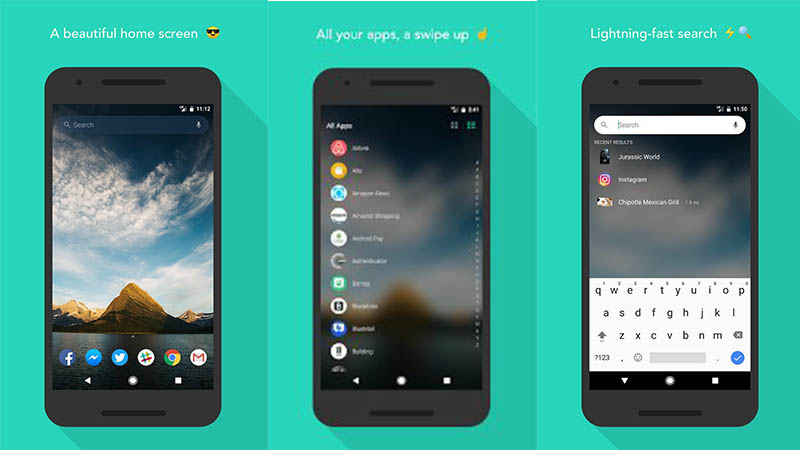 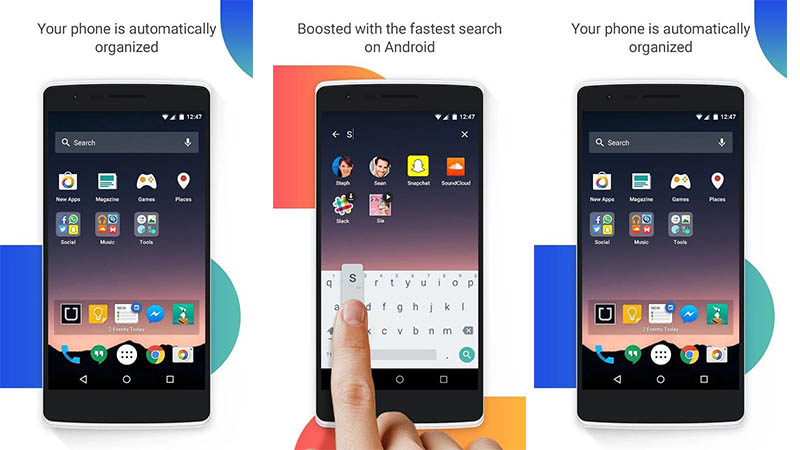 It has a smart folders feature which automatically categorizes your apps. This Launcher also packs some important features like quick contacts panel, contacts feed, customizable gestures, and Daily wallpapers. It has a feature called the prediction bar which anticipates your needs and delivers the apps you need right now, according to your context

Launcher 8 is a unique launcher because it makes your Android look exactly like a Windows phone. It is fast, fluid and the user never finds any difference until he opens an app. Using this, you can convert your widgets into Windows Phone style live tiles and create virtually the same experience you’d find on Windows Phone. This is a great launcher for Windows Phone fans. Definitely worth a try. 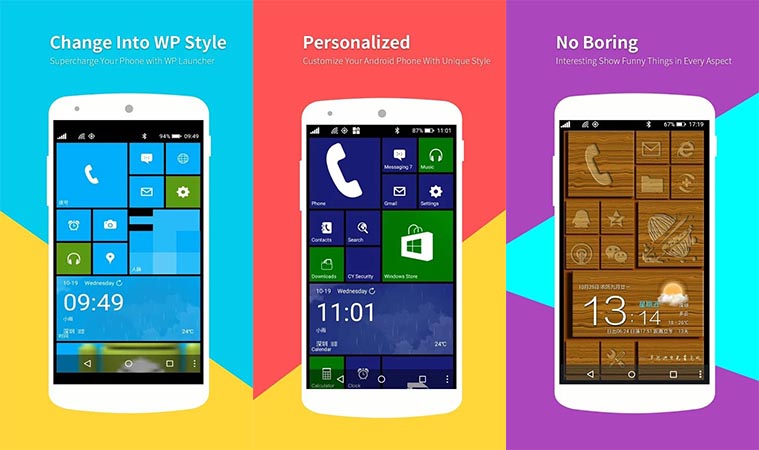 Vintage Launcher is fast, unique and lightweight launcher. Just by looking at it one can say that it’s unique. However, it lacks the customizations, in fact, there are no customizations at all. The only customization you can do is changing the background color. 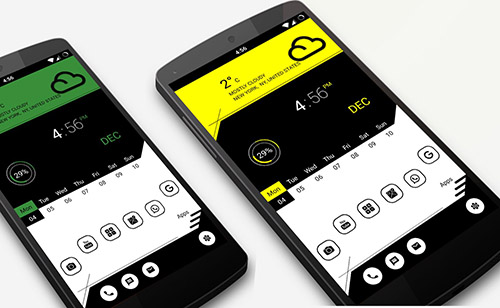 However, this launchers design is interesting and good looking. The weird thing is it has in-app advertisements which can be removed by paying $3 one time fee.

Next launcher 3D shell is the best 3D launcher out there. It features 3D animations, a variety of transition effects, and some unique customization options. It is the most expensive app on this list, however, you can get the trial version for free.

These are our recommendations for best launchers. What do you guys think? Do you have any personal favorite that isn’t mentioned on the list?  Do mention it in the comment section below and tell us why you liked it. Thank you.