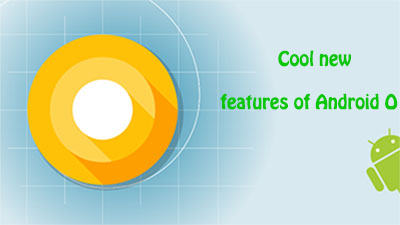 Android O developer preview out and so far its been very interesting and it might be named as ‘OREO’.

Obviously, we expected an Android O to follow last year’s Nougat.
Right now, Android O really is meant for developers to start learning from and improving their apps. Android O is not officially available but, it can be downloaded from official website and can be flashed in google devices. 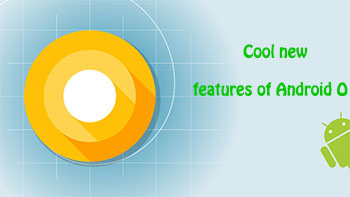 Android O brings even more control over notifications with a feature called “Notification Channels“. With this new feature, apps can classify notifications into different categories, allowing users to configure notification settings on a “per-category” basis, rather than the old method of configuring notifications for the entire app.

2. Picture in Picture Mode in Phones and Tablets

With the release of Android Nougat, Android TVs started supporting Picture in Picture mode. However, not many developers jumped on the PiP wagon, and the Play Store was left with a severe lack of apps that supported the feature.  With Android O, Google is looking to change all that and is bringing the PiP mode to phones. This should definitely give developers the push to make their apps compatible with Picture in Picture mode.

A very useful feature that Google added in Android O – custom lock screen shortcuts – is also one that most people would know from some custom ROM. While in older versions of Android, you could swipe from the left corner, or the right corner to activate shortcuts for the Camera, and the Phone; in Android O, you can use the System UI Tuner to set any two apps in those places. So, while you probably do use the Camera shortcut from the lock screen, you can replace the Phone app shortcut with an app that you use more often.

We’ll have to see just how useful this is to the average user, but Google is promising some kind of multi-display support “for launching an activity on a remote display.”

This might be something that would come in handy for corresponding with a Chromebook, now that Chrome OS is becoming more and more friendly with Android, or maybe there’s more to it. Right now, we only have this limited info from Google’s developer preview documentation, but we’ll stay tuned to see if it ends up being something really compelling.