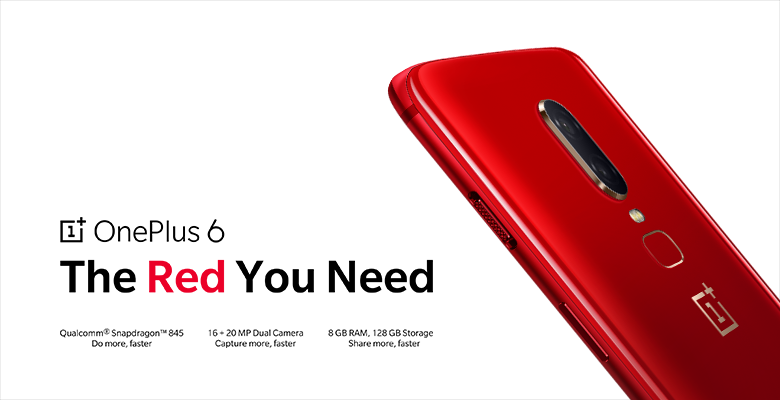 OnePlus has announced a new color variant of the OnePlus 6: red. The OnePlus 6 Red has a shimmery, glossy finish with silver accents, and will be coming to India, and North America. 128GB  8GB RAM variant costs 579USD in the US. OnePlus 6 red edition will go on sale from 10th of July. This device comes to India on 16th July and will be priced at 39,999 INR.

OnePlus also announced that there are going to release this model in Europe, but word of the release date yet. After the success of the OnePlus 5T Lava Red, OnePlus decided to produce a red edition worthy of the OnePlus 6 which of course might work.

After evaluating hundreds of colors, one color stood out among the rest. That color is now what we proudly call the OnePlus 6 Red.

When we do make a smartphone in a bold, eye-catching color, that color must be able to stand up to our product philosophy. For example, the OnePlus 5T Lava Red, which was a limited-edition variant built to celebrate OnePlus’ four-year anniversary,was inspired by the color of cooling lava.