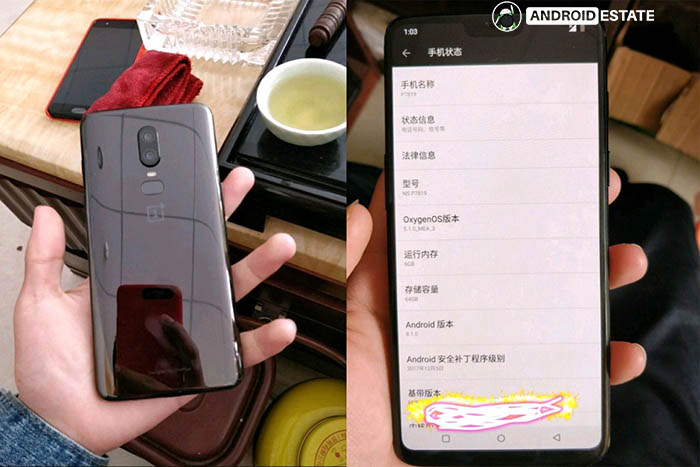 OnePlus 6, the successor to the well-received OnePlus5T is now in the news for its leaked pics, benchmark scores, and notch. Yes, it’s happening, slowly all companies started leaning towards notched displays.

OnePlus is known for budget-friendly mobiles with power-packed internals. I’ve no problem with its design or notch because OnePlus is not known for innovations, it is known for its perfection. The same thing happens with OnePlus 6 too. OnePlus embedding all best features into a single device making it the most powerful, gorgeous, and affordable flagship.

We are months away from the official release of OnePlus6, but we’ve had multiple leaks that reveals everything a normal user needs to know. We’ve decided to embed everything we know about the OnePlus 6 so far in this article.

Someone in Weibo leaked specs of OnePlus 6 which if real could be a perfect competition for iPhone X. There is also an image revealing the price details of OnePlus 6 comparing with its predecessor. 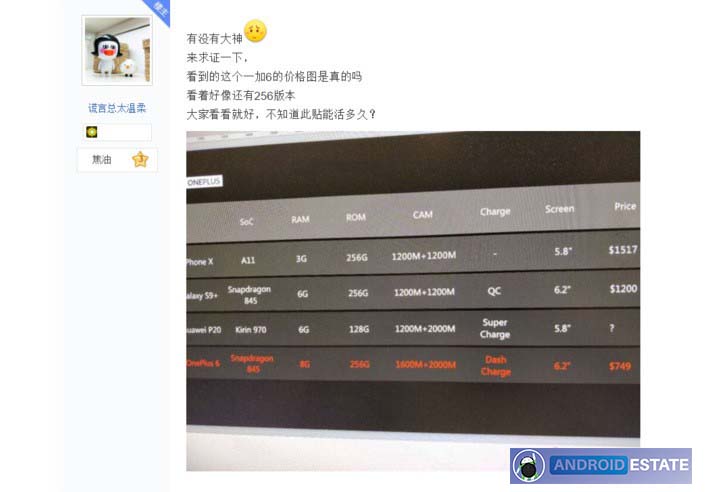 This leaker says the OnePlus 6 will feature a 6.2-inch display, a Snapdragon 845 processor, and 8GB of RAM with up to 256GB of internal storage. The phone also might include dual, rear-facing cameras with one 12-megapixel sensor and a 20-megapixel sensor, as well as the company’s Dash Charge fast charging.

The Oppo R15 is been unveiled in China which gives us a clear idea of how the upcoming OnePlu 6 gonna look like given that OnePlus and Oppo borrow design from each other which we’ve seen in the past. However, the pricing details are not yet been confirmed, but we had a reliable leak suggesting that OnePlus 6 could be priced around $749 (around £530).

edit: As per a screenshot posted by the site, OnePlus 6 could come in three storage variants with the base model costing somewhere around Rs 33,999 to Rs 36,999.

This is not the official India pricing and the information needs to be taken with a pinch of salt.

An image has also been leaked revealing the benchmarks of OnePlus 6. OnePlus 6 managed to score 276,510 in the AnTuTu benchmark, as evidenced by the screenshots below. 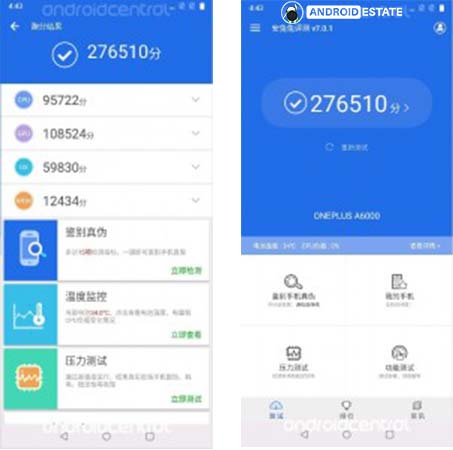 No doubt OnePlus is always the best mobile when it comes to budget-friendly performance. Latest rumors suggest that OnePlus 6 costs more than $700 which is much higher when compared to its predecessor.However, it is still a lot cheaper than iPhone X and Samsun Galaxy s9.

Continue Reading
Advertisement
You may also like...
Related Topics:android