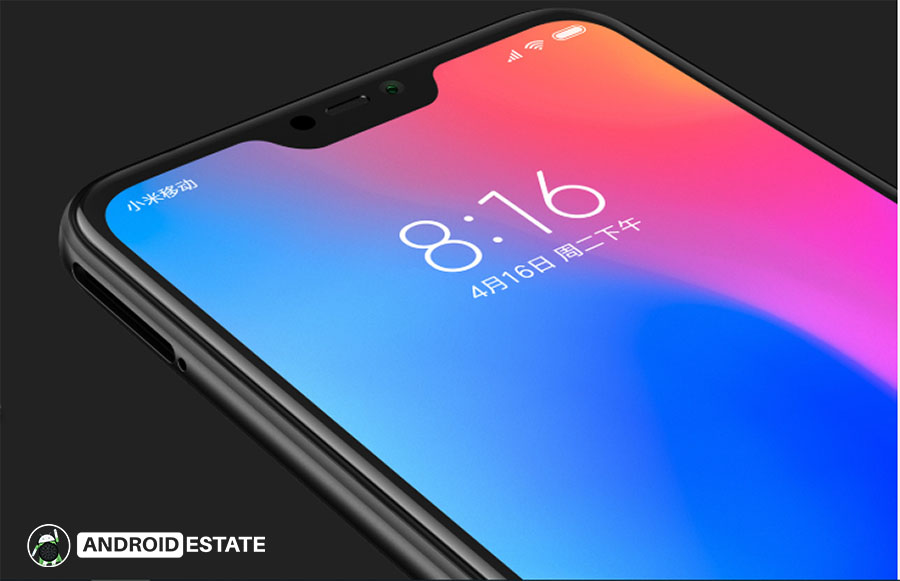 Xiaomi Redmi 6, the successor to the well-received  Xiomi Redmi 5 is launched in China by the Chinese tech Giant, Xiaomi. These Xiomi phones are good looking and budget-friendly yet powerful devices. This is the first Redmi series phone to feature a Notch. It’s not even been a month since the launch of Xiaomi Redmi 6 and Redmi 6A, and now Xiaomi is launching Redmi 6 pro. Xiaomi is literally dumping too many devices in very short time which might affect the brand value.

Redmi 6 Pro has a notch, the biggest issue of 2018 smartphones. The notch is very small like OnePlus 6’s and holds a front-facing camera and, sensors. To all notch and chin haters, when the notch is hidden and used only for notifications and battery area, the phone looks symmetrical and the free space is utilized. Xiaomi’s very own competitors like Vivo and Oppo are standing out from the competition with unique, innovative yet beautiful design to feature all screen phones without a notch. Xiaomi has to stop coping iPhone and start walking in an innovative path.

Xiaomi Redmi 6 Pro features a 12MP–megapixel primary sensor and a 5-megapixel secondary sensor on the rear which by the way are stacked up vertically making it look more like iPhone X and Xiaomi Redmi Note 5 Pro. These dual rear cameras are claimed to have AI capabilities. A 5-megapixel selfie sensor is present at the front which is also used for Face Unlock.

Unlike Flagships Xiaomi Redmi 6 Pro is powered by an octa-core Snapdragon 625 SoC clocked at 2GHz which is decent. Redmi 6 Pro comes in 3 variants 3GB RAM/ 32GB, 4GB RAM/ 32GB and, 4GB RAM/ 64GB and expandable via microSD card up to 256GB with a dedicated card slot. No storage problems and multitasking issues what so ever.

Xioami always is known for offering high-value budget friendly mobiles at cheaper prices. This phone is no exception to that. In fact, this is one of the powerful budget mobiles that Xiaomi has ever made. Power packed internals, the latest trendy design made this phone the best budget offering from Xiaomi.