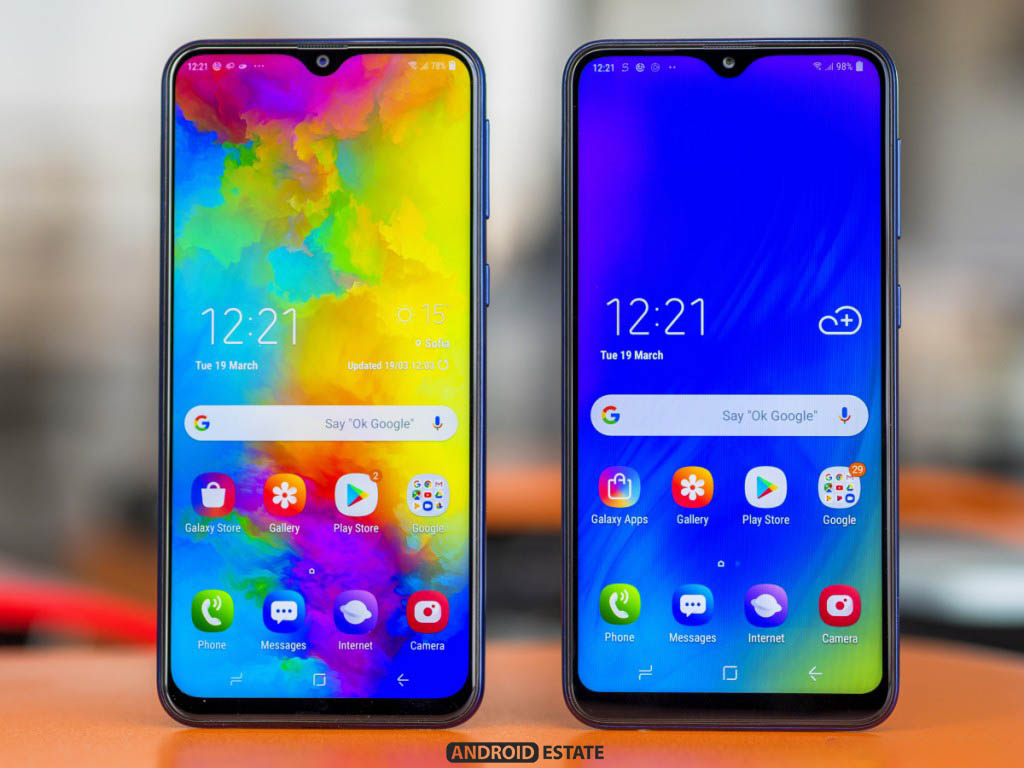 Samsung Galaxy M20 smartphone was launched in January 2019. The price of this phone starts at Rs.12,990 which is around $185(€162). This smartphone got a lot of attention during its launch and now, let’s see how well the internals actually are.

Samsung Galaxy M20 features a beautiful 6.30-inch LCD touchscreen display with a resolution of 1080 pixels by 2340 pixels. The Camera is one of the most important parts of a modern smartphone and interestingly, M20 packs in decent ones despite its price. This smartphone packs in a 13-megapixel (f/1.9) primary camera and a 5-megapixel secondary camera on the rear and an 8-megapixel front shooter for selfies.

Under the hood, the Samsung Galaxy M20 is powered by 1.6GHz octa-core. This phone packs in 3GB of RAM. M20 contains 32GB of internal storage which is expandable up to 512GB via microSD card slot. All these internals are powered by a 5000mAh. battery.