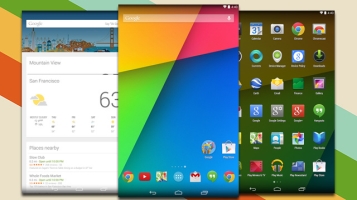 Hey folks, today it’s time to share the some of best launcher for android 2016.Android launcher apps have long been an integral part of the Android experience. If you don’t like the way your  home screens look or act, you can simply download an app to change all of it.

Action Launcher has long been a favorite for many users and it deserves a spot on this list. It comes with a stock Android kind of look but with several unique features baked in.

Whenever it come for best launcher app Nova is one among the best android launchers that strikes in my brain.It also gets updated at a fairly rapid pace which means bugs generally get squished quickly. It also comes with the ability to backup and restore your home screen layouts for when you eventually switch to a new phone.

Apex Launcher has been around for a very long time and remains one of the most iconic Android launcher apps ever.Best part is that apex launcher is free (Though there are some in-app purchases like you need to pay 4.49$ in order to unlock the dozens of features available in the pro version).

Google now launcher is another best launcher in this list developed by Google Inc.Android is developed by google ,may be this is the reason why Google now is pre-installed  in Nexus mobiles.Google now is based on the pure android user interface, so in lacks some of the basic launchers customization features.