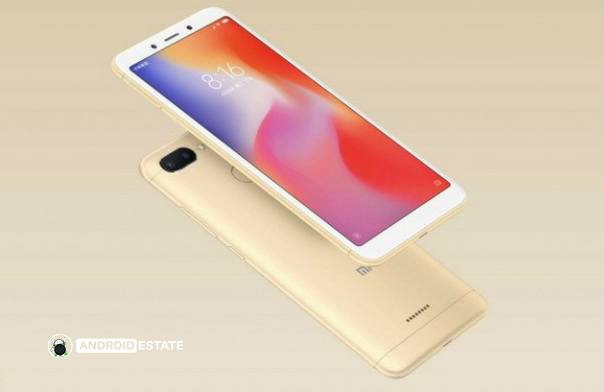 Xiaomi Redmi 6, the successor to the well-received  Xiomi Redmi 5 is launched in China by the Chinese tech Giant, Xiaomi. These Xiomi phones are good looking and budget-friendly yet powerful devices.

Xiaomi Redmi 6  features a 12-megapixel primary sensor and a 5-megapixel secondary sensor on the rear which by the way are stacked up horizontally which makes it look more like iPhone 8. These dual rear cameras are claimed to have AI capabilities. A 5-megapixel selfie sensor is present at the front which is also used for Face Unlock.

Unlike Flagships Xiaomi Redmi 6 is powered by an octa-core 12nm MediaTek Helio P22 SoC clocked at 2GHz. Redmi 6 comes in two variants 3GB RAM/ 32GB and 4GB RAM/ 64GB and expandable via microSD card up to 256GB with a dedicated card slot. No storage problems and multitasking issues what so ever. 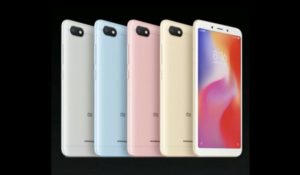 Redmi 6A is very similar to Redmi 6 but more affordable. It packs 2GB RAM with 16GB internal storage. Unlike Redmi 6, Redmi 6A has only one primary rear camera  13-megapixel rear sensor with f/2.2 aperture. A 5 MP selfie shooter is present with f/2.2 aperture and Portrait mode in the front.

The Redmi 6A’s price tag is just CNY 599 ($95). These phones will be available in China from June 15. The global launch is not yet been announced officially.

Xioami always is known for offering high-value budget friendly mobiles at cheaper prices. This phone is no exception to that. In fact, this is one of the powerful mobiles that Xiaomi has ever made. Power packed internals, the latest trendy design made this phone the best budget offering from Xiaomi.  However, we cannot compare this device with the Redmi Note 5 Pro in the Performance section since Redmi Note 5Pro is a budget offering from Xiaomi.